December 1977 saw the opening of the Museum of East Asian Art’s new building, designed by the Japanese architect Kunio Maekawa (1905–86). Situated by the artificial lake known as the Aachener Weiher, it replaced the building destroyed in World War II and so provided the museum, founded in 1909, with a new home.

The title All under Heaven alludes to the Chinese term Tianxia which denotes the world in all its aspects and variety. The exhibition celebrates the new acquisitions of the past 40 years: high-calibre purchases – funded by the city of Cologne and the Friends of the museum, or with the support of the state government of North Rhine Westphalia, the state’s art and culture foundation (Stiftung Kunst und Kultur des Landes NRW) and the interstate cultural foundation (Kulturstiftung der Länder). It also acknowledges unique long-term loans by the Peter and Irene Ludwig Foundation and generous donations by private benefactors.

Whether we are talking about twentieth-century avantgarde Japanese calligraphy, Buddhist sculpture of the sixth to the sixteenth centuries, literati painting, classical Chinese furniture, or an eighteenth-century Chinese princess’s official robe: taken together, all these artworks, presented in thematic groups, constitute a richly facetted universe. The exhibition celebrates not only the wealth of new accessions, but also invites visitors to become time-travellers through the catalogues and exhibition posters of the past 40 years.

The exhibition logo represents the Chinese immortal Liu Hai: as the delegate of the god of wealth, he spins a hoop with gold coins through the air. The monumental bronze from the Dieter and Christel Schürzeberg collection promises good fortune, in every sense. 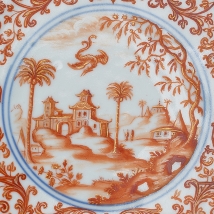 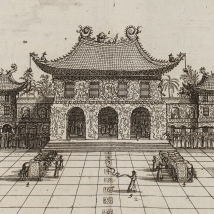 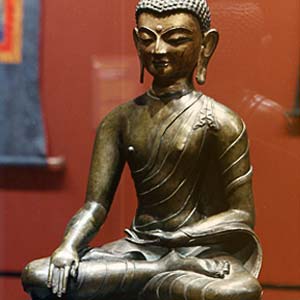